Gotta say I’m pretty caught up with “Breaking Bad” (BB)’s newly aired spin-off TV series “Better Call Saul” (BCS), again created by those wicked masterminds who go by the credentials of Vince Gilligan and Peter Gould. Although the show is officially only 3 episodes in, I feel like it’s already taking an unbelievably wonderful direction. Of course, as a long-time fan of what I’d have to consider the best TV product of all time (or at least that I’ve come in contact with), it wasn’t a difficult task for me at all to immediately feel closeness as well as tender empathy with the now-small-time-lawyer James McGill, who – surprise, surprise, who’d have said that?! – over the course of 7 fictional years will develop into the skunky ‘too cool for school’-attorney in law Saul Goodman folks have gotten to meet in BB.

Excuse me the spared dense description of both the BB and BCS’s story lines and extensive plots but I think there are enough well-written paragraphs out there on the Interweb providing this service for those who aren’t familiar with the two shows.  This take is just to shout out to another great piece of art minutely crafted off of the golden bones of what could have been a very dangerous source of corpsy-screenplay if treated and steered incorrectly. Yet, both the immediate appearance of radically-tensed action of the first three episodes of the first season as well as the introduction and adaptation to the show of very solid and extremely appreciable characters (the Kettleman couple, and Julie Ann Emery is too pretty [!], Nacho Varga, and James’s brother-and-also-lawyer Chuck McGill above all) is building up an extensive amount of high expectations with regard to the continuation of the overall series (which, by the way, has been already successfully commissioned for a second season and which you can watch on Netflix).

If it hasn’t become clear enough with these lines yet that I can’t do nothing but suggest you to embrace in the adventure of drawing in the magic of BCS, then I’m doing it right now anyway: well, it’s totally worth it. Drama, black-comedy, fictional-realism, just comedy without drama, just drama without comedy (and judging by the first episodes the tendency may well be this one…), call it whatever it may best suit you. Fact is, you should totally give this show a try, especially now that it’s still in its initial phase of taking-off in order to not miss out too much and don’t get anxious about potential spoilers as it was the case with BB. By the way, once again, I’m already sure this one is going to take home a consistent amount of awards emulating what its older brother has been doing in the past five years or so. 100% sure.

Furthermore, the very kind and generous production team of BCS has been also putting on a lovely podcast which follows the series with conspicuous commentary and analysis episode-by-episode. Captained by BCS editor Kelley Dixon on the moderating mic, so far it has hosted no others than show creators themselves Gilligan and Gould, alongside main star Bob Odenkirk in episodes 1 and 2). It’s actually pretty great (and it may be the only truly official podcast accompanying the series too, if I’m not mistaking), it delivers plenty of anecdotes and behind-the-scenes revelations of the shootings and, beyond everything, it helps contextualising not only each episode but also the big picture of the series in a beautiful and funny manner. I’ll only concede the fact that they may tend to be rather long (over 1 hour and 15 min each), although, first of all, for me they’re not too long at all, and second, they never get boring, honest to the Lord.

All in all, I’d really suggest you harvest my council of embarking in the BCS cinematic adventure, at best with the addition of the complementing podcast, but I’ll leave you that also just the TV series can do a lot of good to you. You definitely better watch Saul. 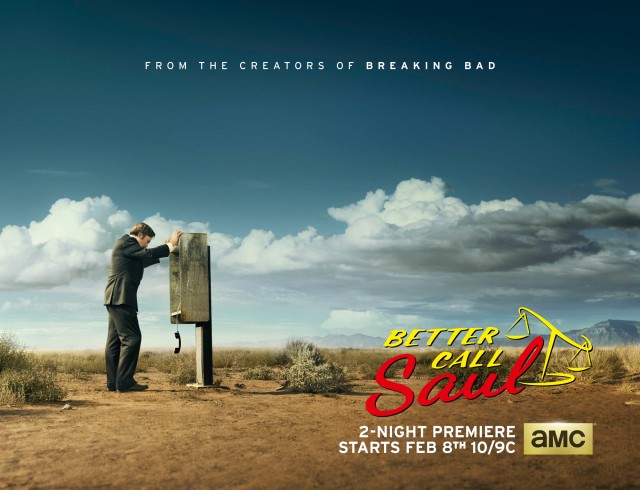