Topics I write about

I spent my last 10 days mightily wandering around Scandinavia and touching upon varied beautiful cities such as Aarhus, Copenhagen, Malmö and Roskilde, not necessarily in the presented order. It was my first time up there North of Europe and I must admit the whole thing really impressed me in a positive way. Wonderful people, stunning weather, delicious food and splendid vegetation all mixed up to deliver a sappy cocktail of amazing scenarios ornamenting my time in Denmark and Sweden. Besides fooling around with my nose up in the air and my eyes wide open on the magnificent attractions to be seen there, I actually planned the trip around a truly unavoidable appointment of my 2015 summer: Roskilde Festival. It’s arguably Scandinavia’s biggest and grandest open air music festival and this year the line-up offered none other than the British Sir himself (Paul McCartney), house-sensation Disclosure, freshly upgraded damsel Florence + the Machine, critics-favourite Kendrick Lamar, prog-rock Gods and conspiracy theory-aficionados Muse as well as girls catalyser Pharrell Williams. Not exactly the worst acts to get the headlining slots filled, yeah?

Moreover, rumbling on a slightly less popular level of stellar acknowledgement, the festival also presented all genres-spanning artists like Nicki Minaj, Die Antwoord, First Aid Kit, Lamb of God, Ryan Adams (yes yes, that’s me with the sunglasses and the black cap in the second row at his breath-taking gig, see pic below), Every Time I Die, St Vincent, Noel Gallagher, plus many, (too?) many more. While on the one hand I got convinced to attend the remote festival by a good Danish friend of mine, on the other I immediately felt attracted by the kaleidoscopic diversity of the acts performing at Roskilde, making it to my eyes one of the most complete festivals around in terms of genres and vibes represented, if not the most complete. The attending decision was thus not hard to make, even more so after realising I could fit some time before the festival itself getting to know some beautiful cities in the surroundings.

To be fair the festival does not only need a shout-out for its star-studded line up, but also much praise for its incredibly efficient organization (130’000 festival-goers, after all…), its deep green-orientation, the non-musical related offerings (skate park, sports fields, creative hubs) as well as the exhaustive offer of basic-needs facilities such as (more or less clean) showers and toilets, public Wi-Fi spots and on-site supermarkets. Being able to tolerate the slightly less positive note concerning the rather expensive prices in general – yet come on, isn’t Scandinavia world-wide famous precisely for that reason? – one can do nothing but ending up being truly satisfied by the “Orange feeling” (Roskilde’s longstanding motto in search of an established meaning) delivered by the festival, which by the way may also hold the record for one of the longest offering popular mainstream music (it officially lasted from Saturday 27th June until Saturday 4th July, I assume only hard-core die-hard party animals made it through the whole 8 days and 7 nights…!).

On a more personal note, my Roskilde take-aways are without any trace of doubt attending Every Time I Die’s crazy-wild concert and meeting the guys from the band at their merch stand afterwards, watching my personal favourite Ryan Adams from really, really close to 90’000-capacity iconic Orange stage (the festival’s main one) as well as discovering surprising musical gems from spacey Danish rockers Mew, indie-genius The War on Drugs and Swedish angelic folk duo First Aid Kit, above all. Also, me and my Danish friends experienced an unprecedented heatwave throughout almost the whole festival duration, which on the one hand can (and should) be seen as something fantastic merely enhancing the musical-artistic experience, but which on the other hand also started to sting a little bit as one got woken up every morning at 7am because of the unbearable heated temperature in the tent. Yet, as with everything else in life, there’s always two sides to a coin (which in Denmark is usually a Danish krone: currency exchange with British pound about 1:10, you’re welcome), and to be honest I wouldn’t have traded that kind of weather for anything else, even if that in the end meant losing some much needed hours of sleep.

A last closing note has to be addressed to the biggest name of the festival and his performance, Paul McCartney. Partly because noblesse oblige, partly because Macca obviously really still delivers when he’s on stage, it’s truly safe to say that his closing concert on Saturday evening was literally the best way to end a fantastic and overwhelmingly successful Roskilde 2015. Spanning over 39 (!) songs and a 3-hour long set, Sir Paul appeared in super shape offering a catalogue drawn, unsurprisingly, from The Beatles (“Good Day Sunshine”, “We Can Work It Out”, “Blackbird”), the Wings era (“Let Me Roll It”, “Band on the Run”, “Live and Let Die”) as well as his solo work (“Temporary Secretary”, “New”, “Another Day”), ultimately not forgetting crowd-pleasers and sing-a-long anthems such as “Let It Be”, “Hey Jude” and “Back In The USSR”. All in all, a truly life-defining musical moment that reminded me and hopefully all other attendees where all the music we’ve learned to love nowadays really comes from. 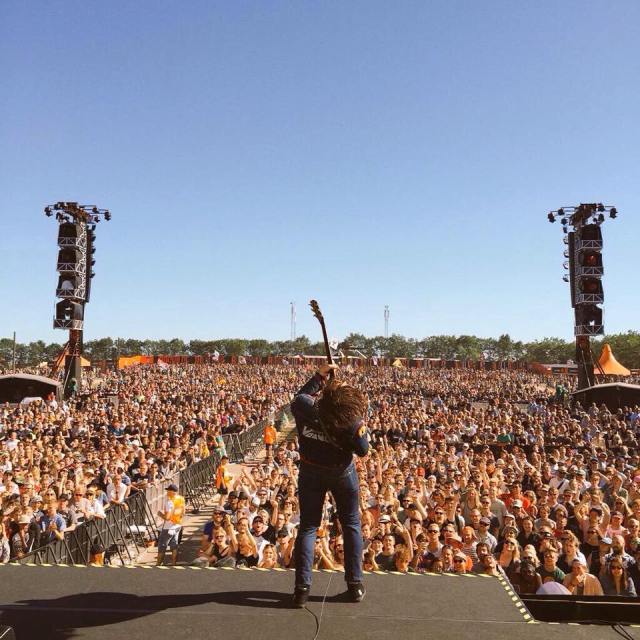