Feed me anything stemming from the BROCKHAMPTON universe and I shall gravitate towards it like ducks to water. This predicament has held true pretty much ever since the Texan boy band stormed onto the global music scene in 2017 and began turning a lot of incredulous heads as it went on to release its magnum opus Saturation trilogy within the span of a little more than six months. The fact that this latest project baked out of the hip-hop collective’s factory is earmarked by its founder and leader Kevin Abstract does nothing but add substance and critical mass of intrigue to the whole shebang. This is partly because noblesse oblige, but arguably more so due to the rapper/singer-songwriter having had to deal with a past twelve calendar months full of exterior dismissals, periods of self-doubt, and indirect solitary confinement while the boy band fulfilled the cumbersome release cycle around their ambitious fourth studio effort iridescence. For those of you not in the know, let’s just say that Kevin’s contribution to BROCKHAMPTON as of late wasn’t exactly a spotless and wholesome embrace on the part of audience and critics, with the advancement of more or less aggravating accusations ranging from him having lost any faculty of adding real value to the group’s new music to head-on reprimands of acting as entitled prima donna choosing deliberately to dim away from the creative limelight of the artistic project.

Needless to say, Mr Abstract must have had more than a few things to get off his chest. Acting as the group’s prodigal son — and by unfortunate curse of it, its scapegoat — while at the same time elbowing its way to cut through the cultural discourse of a more often than not bigot and retrograde society as a young black queer millennial can’t ever be understated.  However, the above are not the only reasons worth justifying a fiery engagement by way of heightened enthusiasm with Kevin’s latest third studio LP ARIZONA BABY. For one, his last solo project American Boyfriend: A Suburban Love Story (2016) proved to be a sensationally pretty and beautifully crafted body of work, all the while carrying enhanced lyrical and thematic value captured with a maturity certainly not evident for someone who had barely turned twenty years of age. So, after the exploit of a lifetime experienced on the BROCKHAMPTON trajectory, including a groundbreaking major label deal with RCA Records earlier last year, an inevitable soaring curiosity ensued to accompany the anticipation around his follow-up. Thankfully, Kevin did not disappoint. For starters, it’s not like the Texas-native and autotune-aficionado ever even properly announced the arrival of ARIZONA BABY, rather opting for semi-official hints of random album art renditions, scattered spring dates, and improbable Lana Del Rey shoutouts.

Let us try and make some order of the unfolding of events here. Firstly, it wasn’t until the 8th April that we got unequivocal indications pointing at new music from the MC, as Kevin dropped a music video for what turned out to be the first taster ‘single’ off the new project, coming in the form of an anxious and grinding minute-and-half Outkast-inspired bouncer called “Big Wheels“. Then, a few days later on 11th April, the BROCKHAMPTON crooner saw fit to drop a three-track single format pretty much without evidentiary explanation, simply dubbed ARIZONA baby. The bundle included the aforementioned lead cut, the lavishly carnivalesque “Joy Ride“, and the tear-inducing singalong stunner “Georgia” (whose sticky and sappy refrain “I got Georgia on my mind, ain’t nobody left behind / It’s just me, my team, my weed, my baby’s Audi parked outside / Call my mom and let her know that everything is alright” will live on for years on end already sounding like a classic). A mere week after that, it was time for Ghettobaby the EP, featuring all three above mentioned records with the same track listing order and the addition of three more. His native Texas hometown namesake “Corpus Christi” at number four is a stripped down palm-muted guitar-led intimate reflection on his past, while the Ryan Beatty-assisted “Baby Boy” stands hands down as one of the high points on the whole project, more so than the confusingly dull hodgepodge “Mississippi” that rounds up the EP. On “Baby Boy”, everything from its groovy and rhythmic verse laments to the irresistibly enchanting chorus as well as the clever instrumentation choice (incl. climaxing larger-than-life synths and warm sax lines) make for one of Kevin’s most well-rounded and wholesome tracks to date.

So at this point we were serviced with a pseudo-single with three loosely collated cuts and an accompanying EP sporting said three songs and a bunch more. Meanwhile, to many’s relief and excitement, the Los Angeles-based MC started dropping hints that what we were bearing witness to was in fact a gradually phased roll out for what was in fact his complete third studio full-length ARIZONA BABY (flashbacks to Denzel, anyone?). And then, fiercely defying industry release protocol norms, on Thursday 25th April the LP eventually saw the light of day, revealing a 11-strong tracklist — including all six previously unveiled cuts, shockingly — and supplying a little more than half-hour runtime of material. Moreover, on release day, the Abstract camp unleashed a brand new lead single and associated music video for “Peach“, at number eight on the tracklist. The joint is a gentle reverb-soaked acoustic tale of empowering self-discovery (“I ain’t sign up for no bullshit / I told my baby that I’m bulletproof / Mans made me take two sips / All things I couldn’t do“), and the video sees Kevin teaming up with not only most of the BROCKHAMPTON crew, but also introducing the raw up-and-coming performing talent of Florida singer Dominic Fike to the large rap collective’s audience. On here Dominic is in charge of lending the song’s chorus a lovely and delicious motif that is surely going to gratify numerous fireside chants this coming summer (“I’ll be your baby doll and your bodyguard if you tell me to / I’ll try to make it all not as hard if you let me through“).

Now, after having sat with the full collection of songs for a while, let me say this whole thing comes across as an extremely versatile and layered concept, one that I can already predict will hold a wealth of replay value and unpacking carved into its DNA. On the one hand, this record displays Kevin’s pristine pop sensibilities like no other before, presenting some of the catchiest and strongest tunes he’s ever written. On the other hand,  too often one finds themselves wondering how on earth to make heads or tails for many of the songs, with power-pop super producer Jack Antonoff (of Bleachers fame) and BROCKHAMPTON’s very own Romil Hemnani’s mixing and sound architecture shamefully overwhelming the listener into self-indulgence. Unfortunately, some of the tune’s intentions fail to stick their landing, too. Take for instance track number seven “Use Me”, an effective gospel-channelling joint at first, only to transmute into a wishy-washy melting pot of doctored sounds that serve no real purpose other than withdrawing the track’s sense of direction from its promising start. Similarly, the ninth song on here “American Problem”, notwithstanding its personal, praiseworthy, and noble thematic commitment, drowns figuratively in auto-tuned pitch-manipulation leaving a lot to be desired on many fronts, though mainly compositionally and delivery-wise.

While ARIZONA BABY swaggerish curtain caller “Boyer” funnels pound for pound the BROCKHAMPTON’s Saturation era aesthetics playbook — with its quirky beat and frenetically glitchy flow — it’s moments like penultimate track “Crumble” that both elevate the full body of work on show here to heightened artistic horizons, and act as reminder that crafting potent emotional gems leveraging gnarly genre experimentation is precisely Kevin Abstract’s wheelhouse. This song has everything we’ve come to love about his raw and honest songwriting brilliancy, coupled with ingenious authoring design, pulling collabs and co-signs straight to wax from all heavyweights involved with this record. Case in point, Dominic Fike’s once again infectiously harmonious licks early on in the track, Jack Antonoff’s distantly spacious so-called ‘chorus’, and Ryan Beatty’s subtle second-voice additions to the bridge. Although it’s arguably the shaky reverberated acoustic guitar that lends the tune its heart-shattering delicacy, while simultaneously providing a bespoke sonic mantel to wrap up the intense sentimental energy of the song from cradle to grave.

Surprise surprise, this is Kevin Abstract’s most intimate and vulnerable record, outward-preaching and inward-internalising conceptions of empathy, compassion, emancipation, achieving an overall crisp sense of catharsis while doing it. The realisation that this comes in form of a motley melting pot of genres (rap, R&B, pop, jazz, indie-rock are all at home here), styles, sounds, and aesthetics, is secondary to the sublime principal mission statement of firing back at the world in the manner Kevin is known to do best: superior rite-of-passage songwriting. 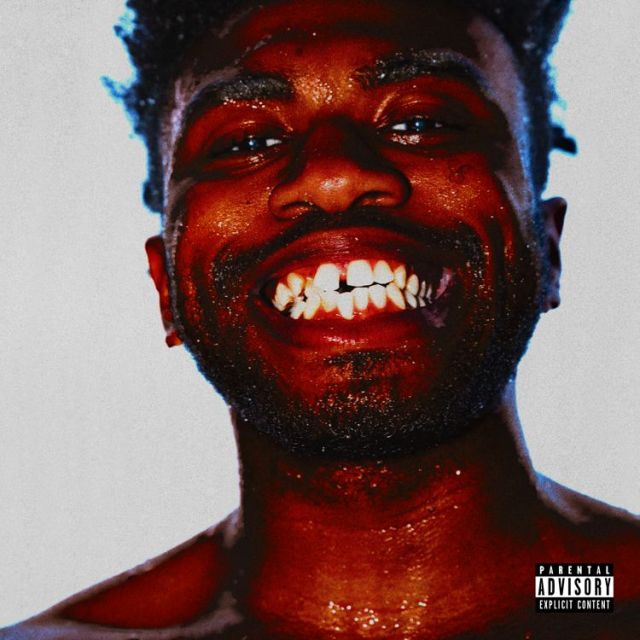