There’s now about another month to go before everyone’s favourite season will hit 2016 with full force and dominance and boy I’ve got to tell you there’s so much more than warm nights, shorts and endorphins distribution that is hyping the next-up season for me. Of course I’m referring to a golden selection of upcoming outputs of art’s purest and most complete manifestation, music. I’ve recently come to realise that between official release dates announcements and more or less dubious hints at new material a reasonably wealthy list of soon-to-be released albums is waiting to welcoming me at Summer’s heavenly entry gates. I thus immediately thought I could use some sort of thought arrangement and draft out a little piece about what is currently getting me excited about in the pantheon of upcoming mainstream music releases. For the sake of completeness I’ve attached all artworks relating the albums I’ll be bragging about further below, considering the ones that have already officially been announced at time of writing (cf. date in title).

I guess I’m elaborating this list in hierarchical order of preference taking into account both my present involvement with each artist as well as the quality and anticipation of what’s already been undisclosed off each release. Hence, how could I avoid kicking off my personal sublime selection with the upcoming fourth studio album by L.A. soul-punk minstrels letlive., If I’m the Devil…? Due out on 10th June, the album has already been brilliantly previewed by the mighty and politically/socially aware single “Good Mourning, America” as well as a second, reflexive and angsty track called “Reluctantly Dead”, released just about a week ago. This is possibly one of the records I’m most fervently looking forward to this year and for over a couple of months now I’ve totally been obsessed with letlive. and everything they’ve done and touched upon in the past. Including not-so-latent references to Malcom X and Michael Jackson. I swear this all makes sense despite its apparent disconnection. This is going to be good.

For number two on the list I already find myself cheating a little bit. That is, Chicago-based hip hop artist and Kanye West-protégé Chance The Rapper‘s third official mixtape Coloring Book has actually just been release and wouldn’t thus necessarily count as presently anticipated album, neither would it theoretically have been dropped in Summer time. Though who cares really, Chance’s latest Gospel-fuelled output came out just days ago and is already candidating at becoming one of this year’s highlights with its feel-good vibes, sublime lyrics and first class featurings. In fact, he kind of foresaw the whole thing himself back in February this year as he and his buddy Kanye promised “do a good ass job with Chance three” on the latter’s The Life of Pablo‘s prodigious opening track “Ultralight Beam” (as a side note: Chance’s mixtape was for long known as Chance 3 and was changed to Coloring Book shortly before being released). Bearing in mind that I haven’t had that many chances (pun definitely intended…) to immerse myself into it yet, gut instinct says me that album-opener “All We Got”, the beautifully empowering “Blessings” as well as bittersweetly impactful “Same Drugs” will blow everyone’s minds this Summer.

Next on the list is The Getaway, the eleventh studio album of one of the biggest US rock bands in history, Red Hot Chili Peppers. This album follows 2011’s moderately successful I’m With You and is the first for them in almost half a decade. The Getaway is previewed by “Dark Necessities“, a five-minute long track that debuted worldwide on 5th May and, to say the least, isn’t necessarily their most straight-forward and radio-friendly lead single ever, both in terms of song structure and topics handled. I personally really like the tune and what I like even more is the album’s artwork, a splendid depiction in form of a melting pot between species, colours and dynamics. The album will feature thirteen tracks with more than half of them easily surpassing the aforementioned five-minute mark which definitely makes it for an interesting remark to begin with. Plus, you really never fully know with the Chili Peppers, this could end up being literally anything.

Blink-182 are back at it too. Which, I mean, it’s kind of a big deal. At least for me, them being hands-down one of three most influential bands on my childhood and young adulthood alongside Nirvana and Taking Back Sunday. However, recent years have not been the shiniest ones for the Southern California pop-punk gods, including an excessively forced band reunion in 2009, a few uninspired releases and most importantly a tumultuous – and apparently not over yet – public band drama that led founder member and guitarist Tom DeLonge to quit (?) the band and having him replaced by Alkaline Trio’s Matt Skiba on both guitar and vocal duties. Their new, certainly highly-anticipated seventh studio album set to be released on 1st July is titled California and foresees no less than sixteen tracks, albeit most of them having quite short running times thus possibly hinting at those throwback purely raw punk features that a good portion of their hardcore fanbase has been calling for a decade now. I’m personally not dying and freaking out on a daily basis to hear California, though partly because of my personal legacy to the band and partly because of the new formation I somehow suspect that Blink-182 could be in a position to surprise a big slice of the audience (possibly me included) with a solid, refreshing new album that redeems their recent past. We shall soon see.

Last of the officially known upcoming record releases is Blush, the sophomore album of UK emo-punk sensation Moose Blood. The release is being led by main single “Honey“, which to be honest to me doesn’t compare to and marks a step back if confronted with their fantastic debut I’ll Keep You in Mind, From Time to Time dating back in 2014. Yet, the lads are still too young to be harshly judged – let alone with just one song out at this point – and I really like to think that this will be another highlight of the upcoming Summerish musical season. Nonetheless, there is a reason why I left Moose Blood last in this very personal list, i.e. the frightful suspect that “Honey” may actually be one of the better cuts off the album, out on 5th August, and that the release as a whole will basically be a disappointing one, again considering that the bar was set extremely high after their first record. Please Moose Blood, go on and contradict me demonstrating that you’re still onto that magically inspired wave of delicate songwriting ability that characterised your rise into the mainstream emo scene.

Before wrapping up, there’s actually one more thing I’d like to throw out there. This thing is an intensely wished prolongation of the above list by three additional speculative releases, that if materialised will have my personal 2016 in music reach inexplicable heights of excitement. I’m referring to both Taking Back Sunday and Every Time I Die’s upcoming LPs (both still untitled and without official release dates though definitely having the bands full at production work) as well as to none other than Kanye West’s lengthy rumoured new Turbo Grafx 16, The Life of Pablo’s follow up apparently to be released “this Summer“. I know these last three are absolutely more uncertain and might as well slip to 2017 (which is 99% sure to be the case for Yeezy knowing the character a lil…), but please let me believe in them too seeing the light of day during this musically illuminating 2016, I’m ready. Brace yourself for a couple more ARMs populating this site fairly soon… 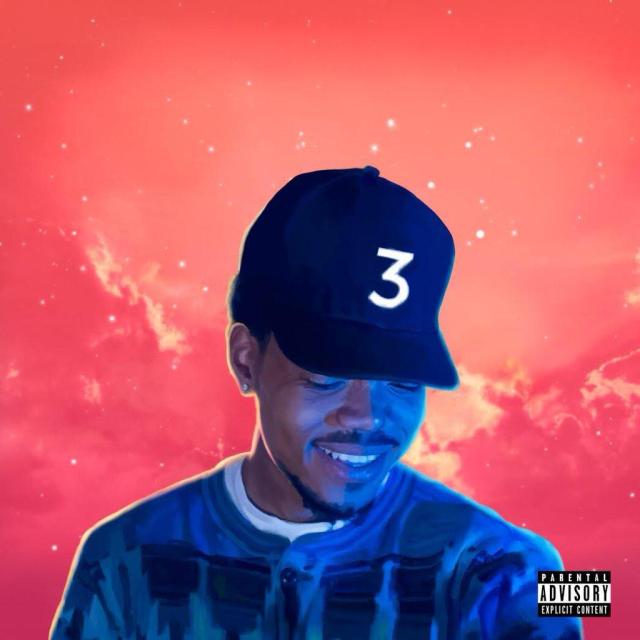