Every Time I Die (ETID) and The Damned Things‘ frontman Keith Buckley seems to have been pretty busy lately in terms of artistic outputs. After last year’s From Parts Unknown successful and critically-acclaimed release with ETID and a relentless run of worldwide tour dates in support of it, earlier on this year the Buffalo NY-native also announced his literary debut with semi-autobiographical novel “Scale” and recently dropped a rather surprising synth-wave influenced 5-track EP under the alias TAPE. While some well-deserved time and words will probably be spent in the future on this website with regard to “Scale” – which, for instance, is in the process of being read by yours sincerely and very recently saw the addition of a limited edition audiobook on vinyl read by Keith himself and scored by Fall Out Boy’s Joe Trohman and Josh Newton of Shiner and The Damned Things – it’s TAPE’s “Bodies” EP that represents the one and only focus of this new ARM blogpost, back after a long-awaited inspirational break.

“Bodies” is essentially the result of Keith teaming up with friend-producer Joshua Hurley while exploring foreign electronic territories and musical landscapes substantially cast away from his usual comfort zone, which places itself within a hardcore-punk-metal spectrum, broadly speaking. The EP, as hinted before composed of 5 tracks that taken together nearly reach 20 minutes of length, was produced by longtime acquaintance and Glassjaw frontman Daryl Palumbo as well as TJ Penzone (ex-Men, Women & Children). “Bodies” was released digitally on 6th November and as far as I’m aware is retrievable pretty much everywhere among the usual suspect music stores and services, though an entangling mystery surrounds TAPE’s desert SoundCloud profile. In fact, the synth-driven side project doesn’t necessarily seem to be willing to disclose much about themselves and its background, as information on the Interweb really runs low on that frequencies…

Anyways, enough for the introduction, the editorial shift now spins towards the musical output as such, which to me could be summarised with a bucketful of adjectives sounding roughly among the lines of mesmerising, pounding, fleeting and gelatinous. I’ll try to elaborate a little these judgements, though given the fact that I don’t really consider myself someone worth spreading elegant commentary on electronic music in general I urge you to not take these words literally and especially to let them attract meaning from alternative standpoints. Alternative used here in the sense of not being generated from within the context, lexicon and specific terminology of such music genre. Yet what I can surely say instead is that I often find myself relating to Keith’s music and lyrics so intensely and in so many different ways that I’d definitely rate myself eligible to express some thoughts about this very release, too. So there you go.

The EP kicks off with what might also be one of the highlights of the release, the wavy and cyclic “Synthetic” (the clue is in the name, I guess…). The track features vocal samples from Keith (and someone else?) that looking back and after repetitive listens begin to take shape as integral part of the song’s structure and almost even end up being catchy (Anything for you and Shine a light / In your eyes above all). The opening tune is followed by “Entry Request / Exit Strategy”, which despite its cool title fails to truly emerge and take a life on its own sticking too much to gloomy and darky undertones driven by hammering kicks. Next on the tracklist is “Nein” (German for “no”), easily the most melodic and lyrics-heavy track of all. However, its static dynamic and the fact of having the vocals too much in the background tend to soften up something that could’ve probably been leveraged a little more. “Nein” also introduces the listener to the latter half of the 5-track EP, probably the better one exposing “Monitor” and its unexpected melodic twists accompanied by Oriental (?) influences as the best tune of the release, despite being the shortest of all. The collection of songs is then wrapped up by the grand finale of “Guest Appearance”, without doubt the synth-heaviest and most layered as well as elaborated effort off the EP. Particularly convincing are the the e-drums beat as well as, once again, the layering vocals that in this case, as opposed to “Nein”, really seem to make sense leaving more room and prominency to the driving instrumental wall of sound.

When Keith announced this side-project and the release of “Bodies” it all truly came as a surprise to me, quickly followed by feelings of confusion and suspicion. Yet, after having given this EP a chance and actually even liking it pretty much, I gotta say it would’ve been a shame had it not been released. The overall judgement is thus primarily a positive one and it also seems to resonate elsewhere. Again, this is not the music I normally listen to and I really don’t feel comfortable describing its components and technical features while at the same time pretending to be taken as an expert (actually, I never do, but in this case less than ever before). Nonetheless, I must say I felt the need to let out some thoughts surrounding this release, possibly considering this some kind of experiment for me, departing from the usual rock and roll conceptional contexts I normally feel more comfortable in. Exactly the same thing Keith Buckley did with “Bodies”, really.

I’d like to thank you sincerely for taking the time to read this and I hope to feel your interest again next time. And happy holidays this time around. 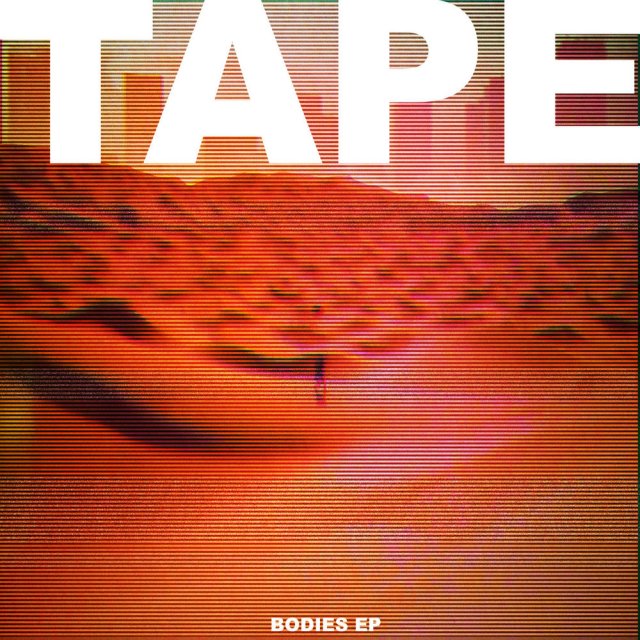