On Friday 13th November 2015 at around 1pm UK time I was about to board on a transatlantic flight from London’s Heathrow airport with destination San Francisco. I was going to embark on a week-long programme of trainings and formative sessions at my video technology company’s HQs in Silicon Valley’s Santa Clara, spending the preceding weekend in San Fran in a fully touristic modus with a bunch of other colleagues. Little I knew about what kind of news were expecting us that same day when landing and turning our devices on again at about 3pm West coast local time in California. The rest is an unfortunate, horrendous and senseless history.

This is without a doubt the earliest I would’ve been able to take some time and formulate some solid and connected thoughts about what happened across Paris that night. I’m saying this not only because of the overwhelming intensity of the brutality that manifested itself against humanity that evening, but also considering a very personal legacy to that city – not mentioning the many acquaintances I have who (still safely) reside there – and the fact that I was just there only three weeks ago. Precisely around the affected areas.

The only thing I feel I’m able and allowed to express in regard to this are some words about Eagles of Death Metal (EODM)’s involvement in what was the most intense and ruthless of all the attacks that night. Unfortunately, everyone must be sadly familiar with them at this point in time, as they were playing on stage at the Bataclan when gunmen entered the venue and opened fire on the crowd, leaving at least 90 dead. This past week the US rock band spoke publicly for the first time ever after the horrific event in a heart-wrecking interview with VICE.

I firmly believe that there is literally nothing to add to such an emotional, deep and almost unreal account of a life-changing evening. Yet, I feel that there’s an implicit angle to this whole constellation that it’s worth elaborating a little more. By this I mean the almost surreal, paradoxical combination of elements that, for that specific evening, foresaw that one of the most fun, humorous and freaky bands out there would be involved in such a tangible and dark tragedy. Yes, because ever since their beginning, Queens of The Stone Age’s Josh Homme’s side project founded in 1998 with frontman Jesse Hughes has always been leveraging hilarious music videos with cameos by among others Jack Black and Dave Grohl, releasing over-the-top album artworks (cf. below) and proactively joking about everything that takes itself too seriously in the rock and roll space, not least considering their band name. That is, because EODM, contrary to what 99% of scatterbrained and partly unprofessional mass media outlets still like to report, are by no means a metal band, let alone a death metal one. And never was. Wikipedia simply defines them as a rock band (dear journos around the globe: a quick double-check on damn Wikipedia would’ve been enough…). I would define them as a solid, catchy and straightforward rock and roll outfit, nothing more sophisticated than that. Now, bearing this sort of background and associations in mind, the bittersweet juxtaposition of watching Jesse and Josh, as well as the other members of the band, speak movingly with a broken voice about what they experienced that night just leaves me speechless. It’s like the quintessential representation of the absurdity and nonsense of what happened.

There’s one last thing that came out of the interview that EODM did with VICE which I’d like to mention and in some way endorse (they start mentioning this at 21:10 min into the video). As a wonderful action of solidarity and unity, Jesse and Josh pledged artists and musicians around the world to cover and record their song “I Love You All the Time” off their latest album “Zipper Down“. All publishing and royalties earnings from all those covers will then be fully donated by EODM (and hopefully also all major music distributors such as Apple, Amazon, Spotify, Tidal…) to everyone directly affected by the attacks on 13th November. Thus, I humbly pledge artists around the world to take part in this and spread the word as much as possible contributing to the reconstruction of a shared feeling of love and connection once more driven by that supernatural force that is music.

P.s.: Click here for more information on how to help the French Red Cross and the Sweet Stuff Foundation do the best they can following the attacks.

EODM and the Sweet Stuff Foundation have set up an official website for their “Play it Forward” Campaign. The website enables musicians to upload their own cover of “I Love You All the Time”, hosts all covers recorder by other artists, and displays a heartfelt letter by the EODM members regarding the initiative and the reasons behind it. Visit the website here: http://playitforwardeodm.com 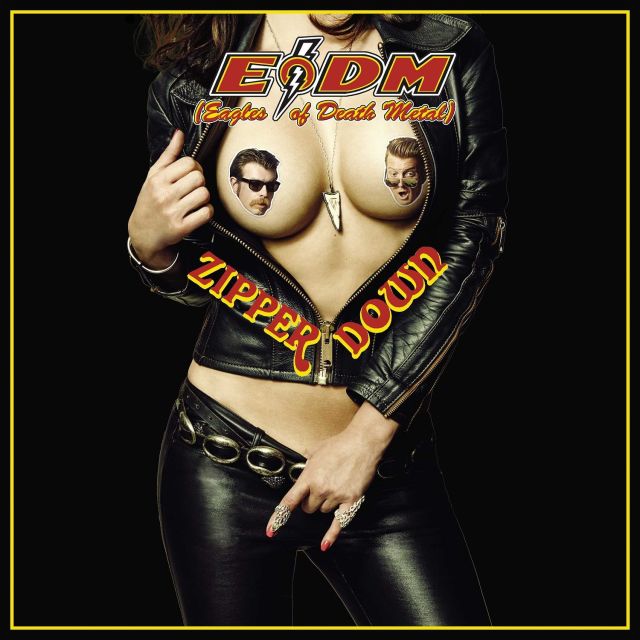