You all know I have done this before, so I’m just going ahead and wrap up two separate and distinct music reviews into one single textual hamburger – which can be thought of as of vegan nature at one’s discretion too – primarily because like the good people over at DJBooth point out, there is simply too much music being released today on a quasi-daily basis, especially when it comes to the hip-hop/rap scene and community. Wait though there is more to it. In fact, the main musical work of art being reviewed and dissected in the present piece, Atlanta jazz-rapper and Dreamville Records prodigy JID’s DiCaprio 2, is not only arguably one of the most important rap releases of the latter part of this year, but its creators and strategists also saw fit to drop it on an anonymous and bland Monday – yes you read that right – thus defying all precious and long fought for music industry marketing and promotion harmonising conventions. The thing is, during that same week progressing further from DiCaprio 2’s publication date (26th November), when the usual run-of-the-mill puffy new music Friday tidal wave came along, it brought with it yet another one of the most highly anticipated hip-hop releases of 2018: Some Rap Songs, the third studio album from anguished and tormented Los Angeles-based articulated wordsmith Earl Sweatshirt, once the crown jewel of seminal and influential rap collective Odd Future. So ladies and gentlemen, I guess the cat is out of the bag now; all the while modern notions of time and space reduce us to the confinement of their ephemeral and slippery nature, this forces music and art reviewers to offer all-you-can-eat-like formats to accommodate the enriching creation of cultural artefacts in the new millennium. 2 for 1, let us go.

In this case though it’s more like a 1 and a half for 1, given that Earl’s gorgeously titled and inspired new full-length project – out under his own label imprint Tan Cressida and distributed by powerful Columbia Records – comes as a fantastically miscellaneous Russian salad of experimental spastic beats, avant-garde jazz loops, obscure out-of-tune samples, and prestigious spoken word excerpts, all clustered, smashed, and packaged into a 24-minute long and 15-chaptered abstract auditory experience, easily describable as hypnotic and mesmerising across the board. Teased over the course of November by two elusive yet sensorially abrasive, dark, and densely doughy singles, “Nowhere2go” and “The Mint” (with the latter cut representing the longest song on the album at just 2:45), Some Rap Songs is a weird and strenuously wonderful sonic patchwork that lives and breathes like a musical, emotional, and lyrical rollercoaster, enlisting a variety of juicy guest contributions from Navy Blue, Standing on the Corner, as well as vocal samples of Earl’s family with parents Cheryl Harris and Keorapetse Kgositsile and an instrumental sample of his uncle and prominent African jazz pioneer Hugh Masekela. In retrospect, the LP sounds more like an extended, un-edited, and uncut free stream of consciousness mixtape-format, displaying a rich and sensitive palette of moods and feelings, albeit fundamentally tied together by some kind of impending negative sensational mantel doom. It viscerally permeates and finds its peripheral ways into multiple lyrical passages on the project, as exemplified by lead single “The Mint”: Two years I’ve been missin’, livin’ life / You was wildin’, every day was trash / Crackers pilin’ in to rape the land / Early morning, wash my swollen hands.

Mind you, Earl’s third full-length record is a pristine and elevated creative effort, pushing multiple contemporary artistic boundaries to the next level all at once, spanning production, beat choice, flows, lyricism, and content weight as well as rawness. Superior cuts such as the gelid and fuzzy “Cold Summers” (“Really, I’m just makin’ sure my promise is kept / Chuck a duece if you know it’s the end / Kept the truth in my palm and my chest / See it through, keep a noose hangin’ off of my neck“), the cathartic, gorgeous, and heavenly sampled “Azucar”, or the touching and endearing family reunion as collated together on “Playing Possum” doubtlessly make for some of Earl’s most beautiful tracks ever, but it’s the overarching and inherent cohesiveness of this project’s addictive storytelling that will probably leave its clearest and deepest mark on both casual and experienced listeners. This realisation emerges in spite of – or precisely because of – the additional contextual background surrounding both the gestation as well as the packaging of Some Rap Songs, including but not limited to the premature death of his poet father earlier in the year. No reason for yours truly to delve into said subject matter right now on this platform, for it would require a whole contextualisation on its own and frankly it’s already been discussed enough online, so if anyone is interested in exploring this side of the story I highly recommend this piece by Vulture that fetches the telling straight from the horse’s mouth. All in all, I’m fully aware of the potentially misguided and biased overrepresentation in best-of end of year lists of albums published close to the turn of the annual calendar, however this project stands out so much from the noised crowd of meaningless industrially produced music release schedules that its timeless and evergreen impact would make any year’s best-of shortlist. Watch this space for more.

Now, for real without further ado, onto the main cinematic bit. Admittedly, I personally have never been hugely captivated and compelled by the whole J. Cole led Dreamville-camp‘s vision or output, yet when it came to JID and recollecting the first time I came across him, I immediately bookmarked him as an unmissable release as soon as I figured he was working on the follow up to his 2017 debut studio album The Never Story. Something about him, and yes it might as well be the clear resemblance and recall of Kendrick Lamar‘s flow/MO, pitch, and delivery, intensely appealed to me right from the first moment I saw and heard him, so here we are finally taking a look at his long-awaited sophomore release, dropped after an allegedly lengthy and tedious sample-clearance roadshow-meets-crusade on the label side. This thing is the second and final instalment to the “DiCaprio series” that was started with JID’s eponymous free EP, and compared to the aforementioned Earl project has one fewer track but runs more than twice as long, compiling a solid and robust 51 minutes of running time (this figure refers to the bonus track version containing previous cast away standalone single “Hasta Luego” as fourteenth track). The album was previewed by two singles: the incendiary and stomping shapeless cut “151 Rum” (released on 19th September) and the enraged and hurried marquee lead single “Off Deez“, assisted by JID’s protector and hip-hop royalty J. Cole, dropping a few weeks before the full-length. Incidentally, the two songs stand shoulder to shoulder on the tracklist at number four and five respectively. As part of the anticipation and hype-building for DiCaprio 2, JID also embarked on beefy promotional stunts across online and TV media outlets, drafting two further cuts off his album – arguably almost more fittingly chosen than the official singles mentioned above – upgrading them to quasi-single status. These songs are the soul and R&B infused slow burner “Working Out“, extremely reminiscent of the vibe and aesthetic Kendrick was partially going for in his rap opus To Pimp A Butterfly, as well as tender ladies’ ballad “Skrawberries”, premiered during his network television debut on The Tonight Show Starring Jimmy Fallon.

The batch of promotional “singles” floating around the main course like gravitational satellites keeping the main planet centred and balanced are an almost perfect distillation of the sonic and production variety DiCaprio 2 has to offer as a whole, however the best moments probably live elsewhere. Take for instance the idyllic and confident “Off da Zoinkys” at number six, a supreme rap number encompassing flawless flows, gentle yet remarkable instrumentals, and self-aware if not preachy memorable lyrics (“I gotta make sure my vision is clear / Oh God, no, it’s not what it seems / Six, five, four, one, two, three / .45 tote, you know me / You don’t want smoke, so what it’s gon’ be? / Gotta watch what you say when you lookin’ at me“). Similarly, at number twelve we find the powerful climax of “Just da Other Day”, captured in a soft and marvellous sound texture producing a fairly linear lyrical texture with refined flows and a very sticky hook: Just the other day I was goddamn broke / You got a five, I got a five, let’s smoke / Just the other day I was running from them folks / Like (Woah, woah) ni**a you too slow. Or again, standard album version closer “Despacito Too” finds JID on a determined solo parade moving from bar to bar armed with a bunch of hypnotic synths and a straightforward drum machine spitting out some of the best and most convincing thematic substance on the whole album.

With all that nice and sweet being said, there are various moments on this record that leave a lot to be desired, and come across pretty lacklustre and tedious. Funnily enough, these tend to coincide almost always with the joints enlisting featured guests, which include collaborators such as 6LACK, A$AP Ferg, BJ the Chicago Kid, Ella Mai, J. Cole, Joey Badass, and Method Man. The A$AP Ferg-assisted messy and redundant glockenspiel found on “Westbrook” makes for arguably the corniest, most prosaic, and most cringeworthy sound on the whole album, whereas “Tiiied” – featuring fellow East-Atlanta MC 6LACK and English singer/songwriter Ella Mai – sounds boring and one-dimensional all the way through, making it a prime filler on the 14-track long DiCaprio 2. Another low moment on this album is “Hot Box”, sporting Method Man and Joey Bada$$ as guests, a cut that results like a fish out of water in the sonic context and aesthetic of the whole album, resurrecting glimpses of 90s East Coast hip-hop production that only really feel at home underneath the Wu Tang Clan vocalist’s verse, but otherwise sounding very off during JID and Joey’s bars. However, with all this said and considered, one should not be fooled into thinking that a mere three underwhelming-to-bad cuts off fourteen can actually overshadow the sharpness and brilliance of the project as a whole, because that is far from reality (as is JID’s cinematic overall theme retracing actor Leonardo DiCaprio’s most iconic motion pictures through more or less subtle references). No, ladies and gentlemen, this is an artist at the top of his form, blossoming under the hip-hop pantheon sun and in front of our very spectator eyes, sounding slick, agile, deep, and intelligent like few others in the mainstream realm, and with yet more improvement potential ahead. So let us not commit the same mistake the film and entertainment industry made with DiCaprio the actor, let us hand this man an Oscar already. 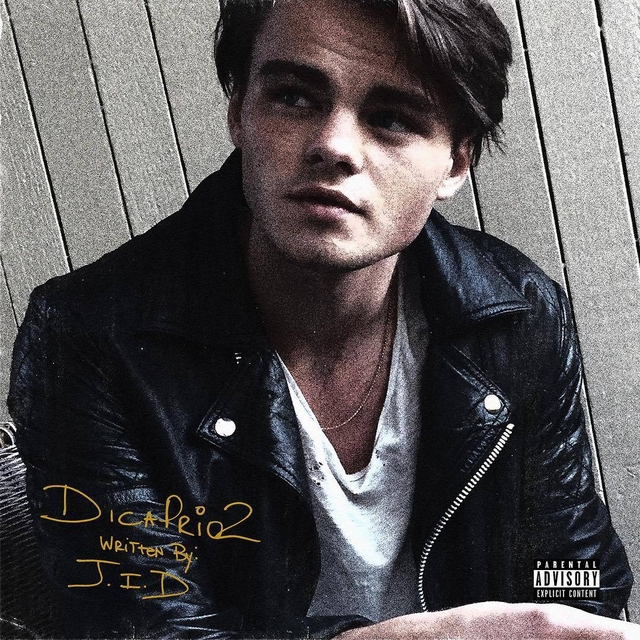