I’ve been heavily into hip hop lately, blasting almost literally no other type of music into my ears for over a good couple of months. This is certainly partly due to recent explosive releases, such as Kanye West’s The Life of Pablo or Kendrick Lamar’s untitled unmastered., which surprisingly dropped overnight just 48 hours ago. Though I would say that a greater element justifying my latest musical inclination would definitely be the genre’s ability to get under the listener’s skin while at the same time activating juxtapositional feelings like probably no other genre can do. Certain rap songs simply beautifully succeed in sparking emotions of anger, excitement, sadness, angst, and freedom all within a single fully amalgamated track, which to me is an incredible sensation. While this phenomenon might be partly explained by the actual observable mixture and contamination of different genres found in the musical creations of, for instance, Kanye West, Oddisee, Kendrick Lamar, Rozz Dyliams or even Chance the Rapper, I genuinely feel that there’s something really specific to the genre itself that opens the door for multi-layered, holistic conceptions of sonic outputs originating the close-up series of feelings outlined above. The latest exponent of the like wonderfully succeeding in developing said process to me is Anderson .Paak, 30-year old Los Angeles-brewed rapper who’s just ended up becoming the new Dr. Dre’s protégé after releasing his second major release Malibu early this year. Let me tell you a little more about his recent album. (Interesting fact: the full-stop “.” preceding his last name is totally on purpose, reminding people of the importance of details in arts. I already like him)

Being praised – or rather grilled by too many, I should say… – as the new Kendrick Lamar for his poetic-narrative ability as well as the fruitful combination of soul, R&B and possibly jazzy elements all into one is probably not one of the lightest pressures to cope with, especially in this moment in time after the Compton MC literally took over the world and still has all eyes on him. Add to this the fact that after Dre’s endorsement the hype surrounding him is risking an unprecedented blow up and you’ll immediately get a big fat mountain to climb in the first place. Yet, his hypnotising latest 16-track release Malibu – excerpt: another reason why I love hip hop is heavily extensive tracklists –  thankfully speaks for itself and leaves all cheap talks and gangsta gossip aside.

As already hinted at, Anderson .Paak’s effort nods at a variety of musical influences, ranging from sexy soul atmospheres to edgy unspoken tributes to Motown, all mixed up in modern fresh production and an undisputed talent for hip hop storytelling (dawg’s got some flow there…). Though one should not be deceived by the initial trio of songs “The Bird”, “Heart Don’t Stand a Chance”, and “The Waters”, as albeit totally pleasant and low-profile, one of the LP’s best cuts already sits at number four. “The Season/Carry Me” is a rare beauty encapsulated into a little more than five minutes that perfectly showcases Anderson .Paak’s musical flexibility and lyrical refinement. And its live performance is possibly even more flawless, amplified by Anderson’s past as a drummer and expressive emotionality. Skipping the rather dull “Put Me Thru”, the best cohesive 5-piece segment of the album follow. Lead single “Am I Wrong”, featuring Lamar’s buddy ScHoolboy Q, is to me exactly what modern hip hop should be with great exposure to newer electro/ambient elements, while the edgy and raw “Without You” is for the redeemed angry ones, plus Rapsody’s guest appearance on there is incredibly intense and rad. The album takes a well deserved leaning-back break during “Parking Lot”, in which listeners can get smoothly transported by the sound while imagining of wandering though some sunny corner of L.A. The hypnotic and daring “Lite Weight” might definitely not please everyone, though over time it turns out to be one of my personal favourites, not least thanks to its whirly beat and vocal huge-quiet performance accompanied by Anderson’s smokey voice. The central and arguably best part of the LP comes to a close with latest single “Room in Here” at number ten, a witty and at times sensual track where a catchy piano riff and a master-verse by guest The Game dominate the scene.

After said fortunate and brilliant section the album unfortunately loses itself a little in a bit of self-indulgence and tracklist-filling numbers, where above all interlude “Water Fall” and “Come Down” could have easily stayed off the LP’s final incarnation without doing any harm whatsoever (on the contrary…). However, even with the risk of sounding repetitive, Anderson .Paak unveils his real magic on album’s curtains call “The Dreamer”, in my opinion one of those striking and anthemic songs that only get release once every couple of years. One can’t help but picture themselves on the beachy coast along Santa Monica – or in this very case I should say Malibu – escaping from every day carnal sins embracing the sonic journey that this gem is offering. The straight outta 70s chorusy guitar melody entangled with a contextual feeling of liberating chants and a reverberating choir make up for a song to be remembered for long. It’s somewhat at the same time a sound familiar to warm souls and a sonic architecture that has not been around for a long time, unlike anything else that’s come out in decades. Safe to say in this case that Anderson kept his best as last.

All in all, an L.A. born and bred album that definitely follows major recent hip hop patterns while – and I stress this as very important – simultaneously offering its own original angle shutting down all detractors accusing Anderson of stealing someone else’s authenticity. Moreover, the icing on the delicious cake in this case is the artist’s live ability (I haven’t seen him live yet but his YouTube clips are there to prove this), something that in this day and age of relentless touring and albums’ cross-monetisation through live shows should definitely not be taken for granted and could be the key element in the surviving-of-the-fittest race that’s the music industry. In this sense, Kendrick Lamar is the one to copy. 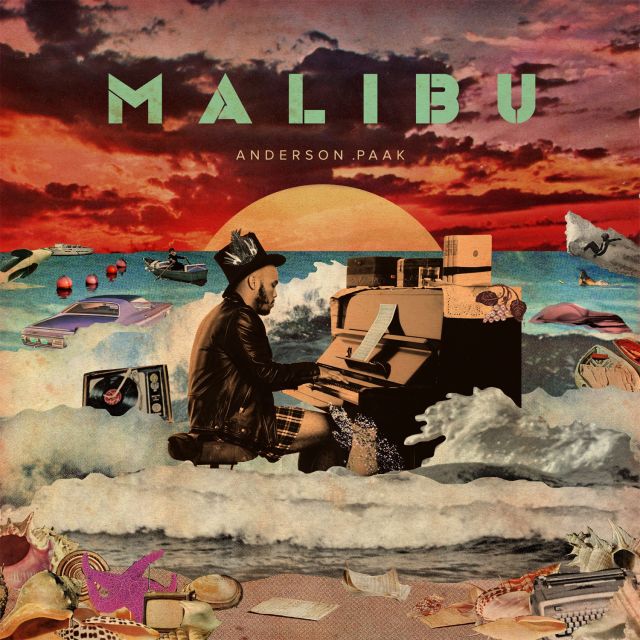